Tragically the aircraft crashed at approximately 0330 hours on 22nd August 1944 near to this spot killing 3 crewmen.

The transcript and video of the unveiling are linked below

Our thanks go to Stuart Smith – Parish Paths Warden for organising this memorial and to Stephanie Cotterill of the Rubery Marching Band for playing the Bugle at the unveiling. 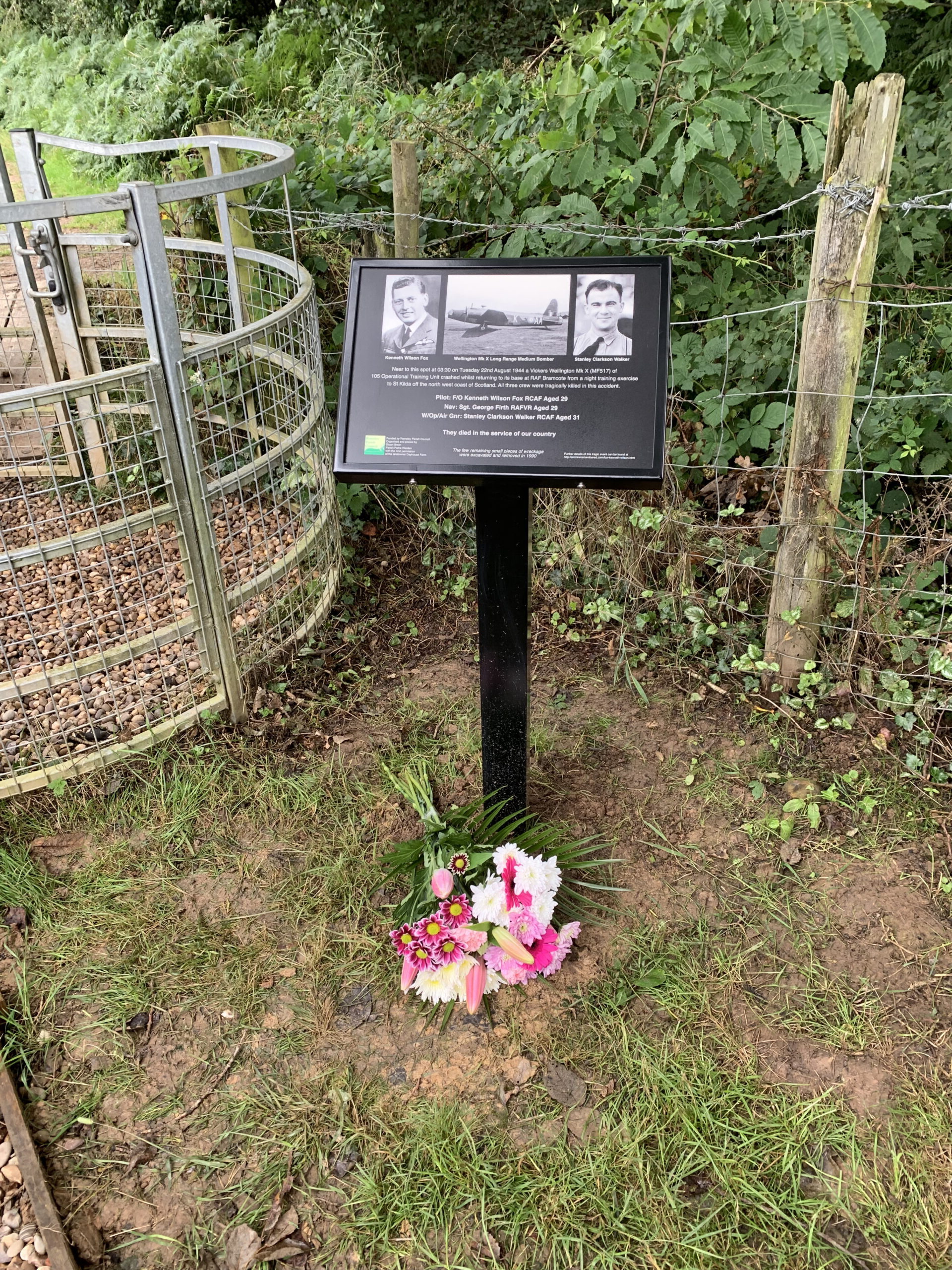 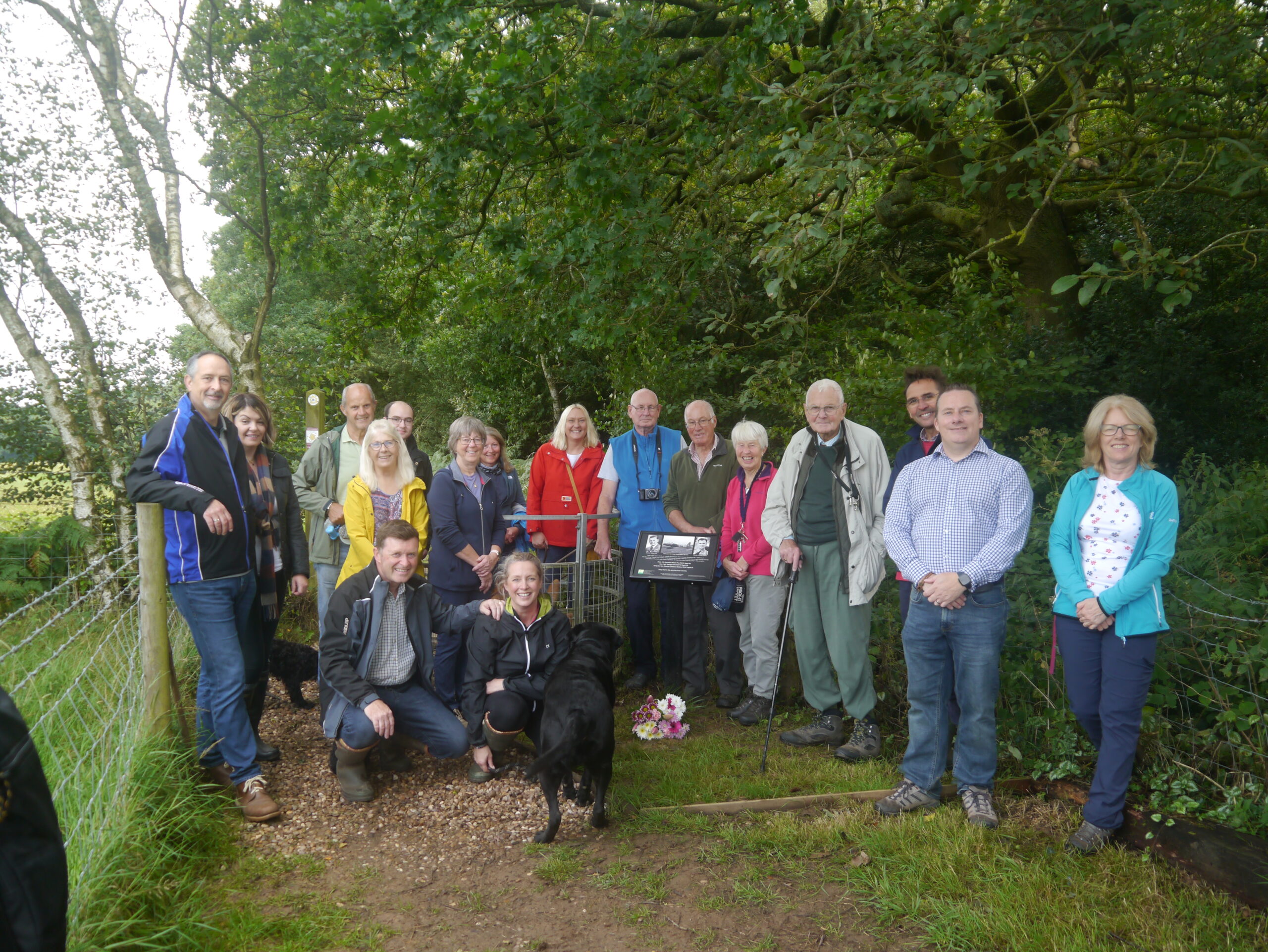 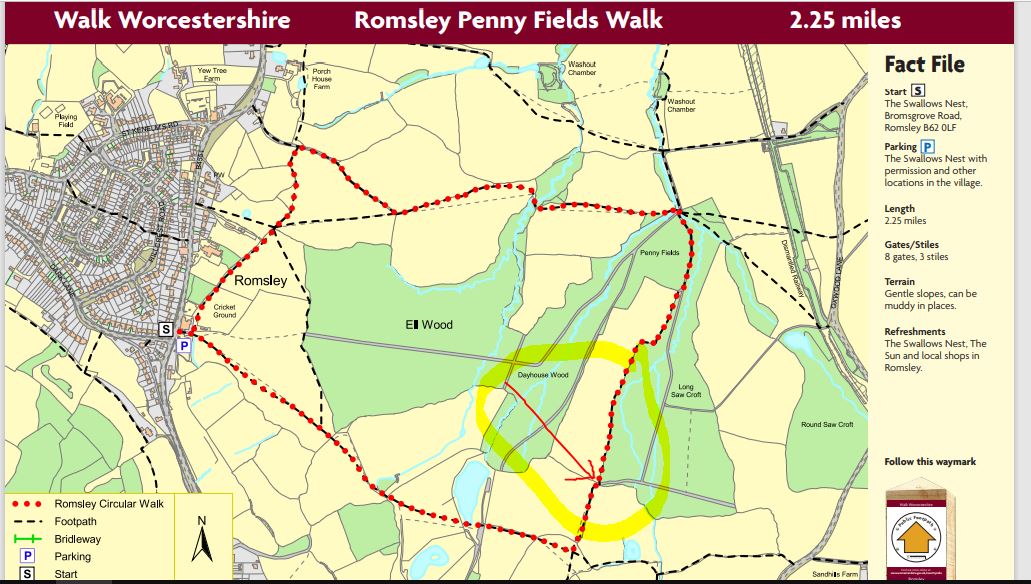 Where we stand today is near the site of the crash landing of aircraft Wellington X MF517 call sign KAM-N. On Monday the 21st of August 1944, it took off at 21:59 from RAF Bramcote near Nuneaton, Warwickshire.

Part of the 105 Operational Training Unit  the flight that evening was a night cross country flight to St Kilda of the northwest coast of Scotland.

Tragically the aircraft failed to complete the flight and at approximately 0330 hours on 22nd August crashed near to this spot.

Three crewmen were killed that day.

He was 29 at the time of the crash and was buried at Chester (Blacon) Cemetery. His epitaph reads

Sergeant George Firth was born on 2 February 1915 at Bradford, West Riding of Yorkshire the son of Percival and Beatrice Firth nee Robinson.

He was 29 at the time of the crash and was buried at Bradford. His epitaph reads

He was 31 at the time of the crash and was buried at Chester. His epitaph reads

Today, 77 years on from this tragic accident, we place this memorial, not only to remember these fine men but in honour of all who serve for freedom and peace across the world.

They shall grow not old, as we that are left grow old:
Age shall not weary them, nor the years condemn.
At the going down of the sun and in the morning
We will remember them.